Banco Espírito Santo S.A. informs about the results of the capital exercise according to

the methodology defined by EBA

and are the ones used by ESFG in the estimation of the consolidated results of this entity, which were

Espírito Santo with the remaining entities of ESFG.

Based on the referred methodology, the capital needed to reach a core tier I of 9% for BES Group was 810

of Portuguese sovereign debt, of which 84% maturing within 1 year.

from an exchange offer on debt securities, which permitted to reinforce Core Tier I by 622 million euros. 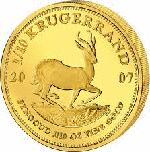