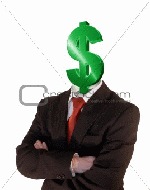 NEW  YORK (AP) — Monster Beverage shares are gaining some traction less than  a week after the energy drink maker reported disappointing  first-quarter results and a slowdown in sales.

THE SPARK: Last  Wednesday, Monster Beverage Corp. said that its quarterly profit fell as  it was hurt by distributor termination obligations, foreign currency  exchange rates and legal costs tied to regulatory matters and litigation  regarding its namesake drink.

The lackluster quarterly results had  the stock falling last week. Now the stock price is providing a buying  opportunity for investors.

THE BACKGROUND: Monster and other  energy drink makers are facing increased scrutiny over the caffeine  levels in their drinks and their marketing practices. New York's  attorney general has subpoenaed companies including Monster. The Food  and Drug Administration is investigating reports of deaths and adverse  health effects of energy drinks, although the agency has noted that the  reports do not necessarily mean the drinks cause the deaths or injuries.

Last  week San Francisco's city attorney sued Monster, saying the beverage  company markets to kids as young as six years old. The company had sued  the city the previous week over its demands that Monster reduce caffeine  levels and adjust its marketing practices.

Monster has repeatedly stood by the safety of its drink.

THE  ANALYSIS: Dara Mohsenian of Morgan Stanley started Monster Beverage  with an "Overweight" rating, saying the stock price doesn't fully  account for its strong growth potential. In a client note, the analyst  said that the regulatory and legal concerns are overblown and that there  is ample opportunity for the company to increase its U.S. sales as  health concerns and other issues wane going forward.

Mohsenian  also says that Monster Beverage still has room to grow abroad as well,  predicting a 20 percent revenue increase overseas over the next five  years.

A representative for the company did not immediately respond to an email seeking comment.

Morgan Stanley started coverage on shares of Monster Beverage Corp (NASDAQ: MNST) in a research note released on Tuesday morning, StocKRatingsNetwork.com reports. The firm issued an overweight rating and a $65.00 price target on the stock.

“We view this as a compelling entry point into MNST after the stock’s  66% underperformance vs. beverage peers (-53% vs. the S&P 500)  since its mid-June 2012 peak. We expect recent EPS misses vs. consensus  to reverse in 2H. More important, long term, we believe the market is  not appropriately pricing in MNST’s growth potential, particularly given  overblown regulatory/legal concerns. From a DCF standpoint, we estimate  the market is pricing in 8-9% LT revenue growth vs. our 11% forecast.,”  Morgan Stanley’s analyst commented.

Three analysts have rated the stock with a sell rating, three have  issued  a hold rating and seven have given a buy rating to the company’s  stock. Monster Beverage Corp currently has an average rating of Hold  and an average price target of $62.13.