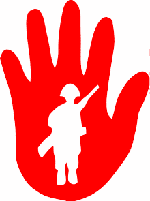 dear : Sell off; Wash out; Kapitulation?

VANCOUVER, Feb. 14, 2013 /PRNewswire/ - Veris Gold Corp. (TSX: VG) (OTCQB: YNGFF) (Frankfurt Xetra Exchange: NG6A) is pleased to report on the progress of the development of its newest underground mine, Starvation Canyon located in the southern portion of the Jerritt Canyon property in Elko County, Nevada. Jerritt Canyon is a gold producing mine site operated by Veris Gold Corp. USA Inc., a wholly-owned subsidiary of Veris Gold Corp. ("Veris" or the "Company").

Permitting activities with the State of Nevada were completed in 2011 allowing the Company to begin advancing Starvation Canyon to become a producing underground mine. Development continued throughout January 2013 and to date over 400 meters (1,300 feet) of drifting has been completed. Development of the stope accesses in the ore are in progress and gold grades from initial muck sampling are the same or exceed those as predicted from the block model. To date more than 1,500 tons of ore have been brought to the surface and stockpiled for additional sampling and analysis. The next stage in development, construction of a vent raise and a secondary escapeway, is scheduled to begin in the next ten days and should be completed by mid-March at which time production and ore haulage to the plant will be allowed to commence. The project remains on budget and on schedule and is expected to contribute over 33,000 ounces of gold to 2013 production from Jerritt Canyon operations. Starvation Canyon will be the first new mine in production at Jerritt Canyon since 2004.

The Company's 2013 exploration plans near Starvation Canyon are still being prioritized, but will likely include drilling at the West Starvation target located adjacent and on trend to the Starvation Canyon resource as highlighted in the Titan-24 direct current induced polarization magnetotelluric (DC-IP-MT) ground geophysical survey conducted in 2011.

The Company also wishes to comment on the share price decline over the past several months which has raised concerns amongst our investors. Volatile stock market conditions, particularly for junior mining producers, and continued concern for the global economy have no doubt contributed to the decline. There has also been a higher than normal volume of small block trading in the shares of the Company and we are actively investigating this specific issue to see if it is significant. However, Veris management is unaware of any specific reason, other than these continuing general market conditions and market trading influences unrelated to the Company's current operations, for the recent decline in the share price as there have been no events or material changes in the affairs of the Company to support the decline.

Management believes that with the positive cash flows from operations, funds raised from the recent financing and the negotiations successfully completed on previously maturing forward gold loans (now maturing in June 2013 and January 2014), the Company has adequate capital to fund the development of Starvation Canyon and any remaining environmental capital or mill improvements required to continue optimizing existing operations.

In the next few days the Company, having successfully met the performance criteria required during the 18 month period following the closing of the Deutsche Bank Gold Forward Facility, will also be in receipt of $8 million of funds previously set aside under that agreement. The progress made on production from Starvation Canyon and the test work completed to date on potential toll milling opportunities will significantly improve the overall valuation of the Company and the free cash flow from the operations.

Mr. Randy Reichert, Co-Chief Executive Officer and Chief Operations Officer of Veris Gold Corp, commented, "The Company continues to take substantial steps in advancing the current business plan, adding further high grade ore to the roaster operations at Jerritt Canyon from Starvation Canyon and securing key toll milling contracts that will improve the free cash flow significantly.  In the meantime, the Company is continuing the focus on reducing costs at Jerritt Canyon and optimizing the processing facility. We are proud of exceptional progress our teams have made to bring this mine into production."

Mr. Shaun Heinrichs, Co-Chief Executive Officer and Chief Financial Officer of Veris Gold Corp, added, "We are pressing forward with opportunities to enhance shareholder value and remain focused on bringing new interest into the Company.  Our strategy continues to involve pursuing a listing on the NYSE MKT which we believe will increase the shareholder base and improve the trading volume in the Company's common shares, however, this plan is currently on hold due to the current share price falling below $2, a key quantitative criteria to list on the NYSE MKT.  As soon as Veris' share price improves, and such improvement is sustained for a period of time, Veris will proceed with its US listing on the NYSE MKT." 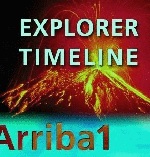 "Here  is a fantstic interview with Rick Rule....about the markets, the cleansing of  the TSX.V....it's going to be a different market by the end of the year" .... sehr interessant. adresses exactly the patterns we are seeing right now as the english would say...

dear : Aus "We are Veris Gold"